Scooby Snacks: Everything you Ever Wanted to Know (Recipe Inside)

I was surprised to find we hadn’t discussed Scooby Snacks much on the internet, and even more surprised to see there wasn’t really any decent recipe online!

First off, what are Scooby Snacks?

Sometimes called Scooby Snax, or Scoobies, or Scoobs, these are capsules or pressed pills filled with some form of psilocybin (main psychoactive ingredient) and various other herbs, plants, or extracts.

They most often come 6 to a pack. Here’s what the packaging typically looks like when you buy them: 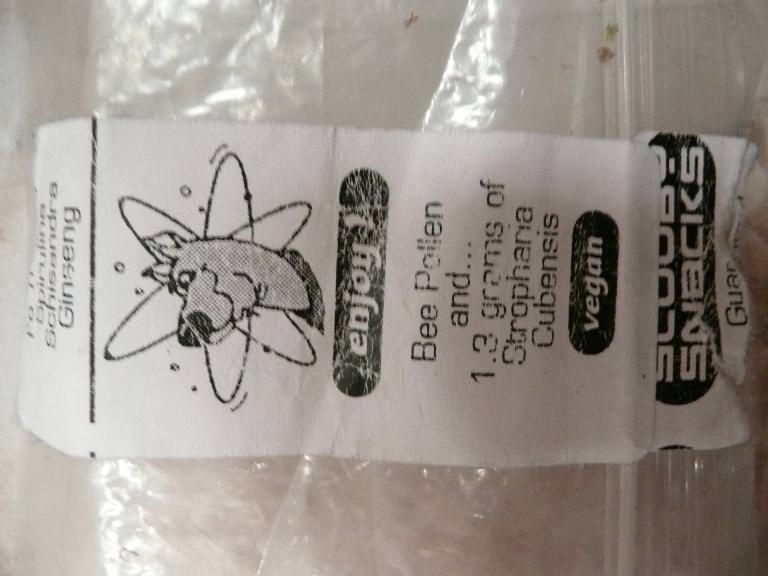 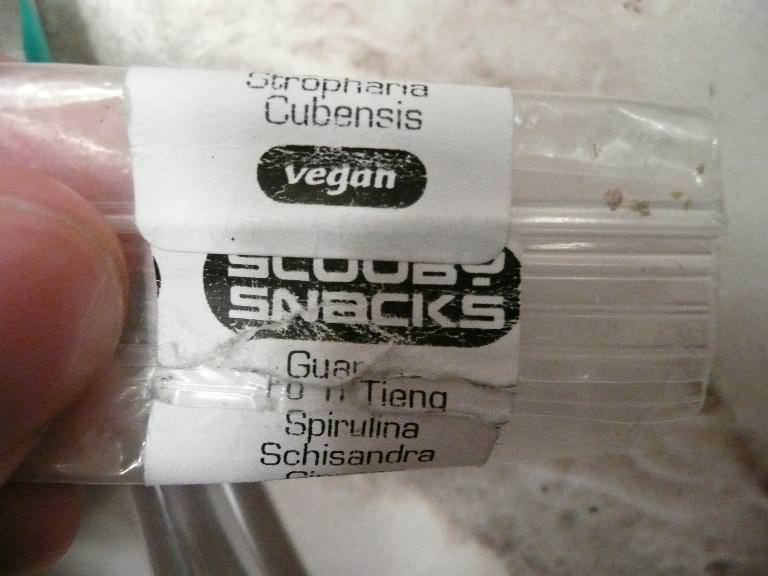 What ingredients are in Scooby Snacks?

The above package (6) lists 1.3g of Stropharia Cubensis, though in person, I’ve only ever seen packages listed with 1.2g which gives each capsule an even 0.2g of psilocybin. It also makes the math way easier.

Beyond psilocybin, here’s a list of other ingredients I’ve heard of people putting in their scooby snacks:

* The ingredients which seem to show up in every pack (beyond mushrooms, obviously), are: Ginseng and Bee Pollen. The other ingredient I’ve heard come up again and again is Spirulina, and Ginkgo Biloba (aka Ginkgo) seems to be used by a lot of people, too.

The process is pretty simple, grind up the ingredients, mix, dump into a bowl. Open capsules, pack the “male” side of the capsule to the brim (if you have a piece of dowel, or other tool for lightly tamping the mic in, that’d be great), snap on the female end. Viola, dinner is served. Enjoy!

People use “size 00” capsules, which hold around 650mg of material. 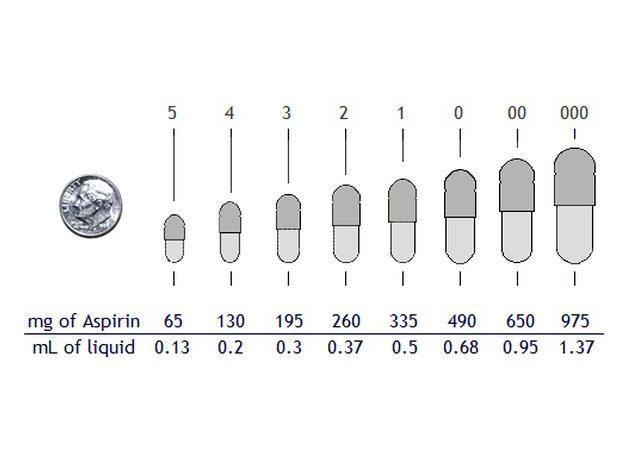 How To Make Scooby Snacks

After that, I recommend you certainly use Asian Ginseng (I’ve seen Korean Red Ginseng used. Use whatever you want, but make sure it’s Asian ginseng, as other ginseng products are entirely different from an ethnobotanical perspective), and Bee Pollen, plus anything else you think would be nice. Since there is no definitive recipe so far as I can see, here’s a simple recipe to try out yourself:

On the images posted, the ingredients listed are as follows:

Ok, we can backtrack a recipe from there.

There were 6 to a pack, so each capsule had about 216mg of cubensis, so a 100 capsule batch might look like:

So, I showed that first long list of ingredients to a Scooby Snack creator who was selling them to pay rent back in the 70’s, 80’s, and 90’s.

Here’s her response: “Half that shit is not in the original recipe. What I usually mix up is just Shrooms, Ginseng, Spirulina, Ginger, and occasionally Camomille.”

I wrote back the following recipe with, “… something like that?”

To which she replied, “Haha! Beyond mushrooms and ginseng, I don’t think you can really get it wrong”

Thoughts on the various recipes

So there you go… there’s 3 recipes for you to play with, experiment with, take notes on, report back, improve on, and grow from.

I will follow up and edit this post with more information as I gather it, but wanted to finally put together a “recipe” for people to follow, based off of what’s out there, what people are using and various other research I’ve been reading and experimenting with.

As always, I’m here to learn – if you know something I don’t, please feel free to chime in. In the same vein, if you have made these before, have other ingredients you recommend adding, or have a tweak to the recipe I’ve posted, please post! Let’s organize the information rattling around in your head, and help the community (and internet) forever!

Looking forward to reading your thoughts in the comments, as well.

What Are The Various Ingredients Found In Scooby Snacks, And Why Are They there?

Let’s dig into the ingredients used in that recipe and figure out what each is and what it is being used for.

I’ve bolded and underlines the pieces I thought might make sense as a mix for Scooby Snacks.

I’ve tried to be thorough wherever possible.

Guarana is a gentle stimulant that works both quickly and effectively, revitalizing mind and body, and improving performance.

Guarana acts very quickly – within days or sometimes hours. Ginseng sometimes require weeks of use to reach an effective level. One of the beneficial effects of Guarana is the result of a clutch of xanthines, known in its country of origin as Guaranine. These include a tetramethytxanthine similar to caffeine, at a level of between 3% and 5%; around 1% theobromine.” (source)

“Guarana is used for weight loss, to enhance athletic performance, as a stimulant, and to reduce mental and physical fatigue. It is a frequent addition to energy and weight loss products.

Some people also use guarana to treat low blood pressure and chronic fatigue syndrome (CFS), and to prevent malaria and dysentery. It is also used to enhance sexual desire, to increase urine flow, and as an astringent.”

From Nootriment.com: (bold added by me for emphasis)

“In Chinese herbal medicine it is considered a rejuvenating herb that helps improve vitality by concentrating the body’s qi or vital energy. It is traditionally used to treat male infertility, improve vitality, support liver and kidney health and as a blood tonic.

It is also consumed to reverse premature signs of aging, such as the early greying of hair, hair loss, loss of skin elasticity and more.”

“Fo Ti Tieng has been traditionally used in China, Korea, Vietnam, Taiwan and other Asian countries for more than a millennium. In addition to its use as a fertility enhancer, Fo Ti is still used as a general tonic to invigorate and support the immune system. Further, it is often used to help support cardiovascular health.”

Spirulina is an organism that grows in both fresh and salt water. It is a type of bacteria called cyanobacterium, which is often referred to as blue-green algae.

Gram for gram, it might be the single most nutritious food on the planet.

“Spirulina is used as a mild appetite suppressant. It is also an energy booster. It contains 60% protein which is assimilated faster than protein found in beef, eggs, or milk. Some studies show that spirulina lowers cholesterol.”

Blue-green algae products are used for many conditions, but so far, there isn’t enough scientific evidence to determine whether or not they are effective for any of them.

“Schisandra is a plant. The fruit is used as food and also to make medicine.

Schisandra is used as an ‘adaptogen’ for increasing resistance to disease and stress, increasing energy, and increasing physical performance and endurance.

It is also used for treating liver disease (hepatitis) and protecting the liver from poisons. The Chinese have developed a liver-protecting drug called DBD that is made from schisandrin, one of the chemicals in schisandra.” (source)

“Tonic, adaptogen, stimulant, blood sugar regulator. Korean ginseng is a rejuvenating tonic and is given to those recovering from illnesses. It improves stamina and the ability to concentrate. It has positive effects on diabetes and other blood sugar related diseases. Ginseng increases energy and helps the body resist disease.

Korean ginseng should be used with discretion if suffering from heart disease and high blood pressure.” (source)

Some people use Panax ginseng to help them cope with stress and as a general tonic for improving well-being. They sometimes call Panax ginseng an “adaptogen” when it’s used in this way.

Panax ginseng is also used for depression, anxiety, general fatigue and chronic fatigue syndrome (CFS), multiple sclerosis, for boosting the immune system, and for fighting particular infections in a lung disease called cystic fibrosis. These infections are caused by a bacterium named Pseudomonas.”

“In ancient Greece, bee pollen was called ‘Ambrosia’, meaning ‘Food of the Gods’.

Bee pollen is one of the richest and most complete foods in nature. It is often used by athletes to give them extra stamina and energy. Bee pollen is rich in vitamins, trace minerals and 19 of 20 amino acids. It has natural interferon and that helps to build the immune system.

Word of warning: One may be allergic to bee pollen.” (source)

“Bee pollen refers to the flower pollen that collects on the legs and bodies of worker bees. It can also include some nectar and bee saliva. Pollens come from many plants, so the contents of bee pollen can vary significantly. Don’t confuse bee pollen with bee venom, honey, or royal jelly.

Micro Growing Techniques and Tricks To Your Inbox

You have Successfully Subscribed!

We're constantly experimenting with new micro techniques and sharing the ideas exclusively with the community via email. If you'd like to get in on some of the amazing content, we'd love to have you aboard!